What are parameters, parameter estimates, and sampling distributions?

There are several types of parameter estimates:

For an example of parameter estimates, suppose you work for a spark plug manufacturer that is studying a problem in their spark plug gap. It would be too costly to measure every single spark plug that is made. Instead, you randomly sample 100 spark plugs and measure the gap in millimeters. The mean of the sample is 9.2. This is the point estimate for the population mean (μ). You also create a 95% confidence interval for μ which is (8.8, 9.6). This means that you can be 95% confident that the true value of the average gap for all the spark plugs is between 8.8 and 9.6. 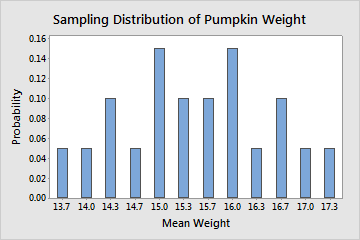