A sampling distribution describes the likelihood of obtaining each possible value of a statistic from a random sample of a population; in other words, what proportion of all random samples of that size will give that value. Bootstrapping is a method that estimates the sampling distribution by taking multiple samples with replacement from a single random sample. These repeated samples are called resamples. Each resample is the same size as the original sample.

For example, you want to estimate the sampling distribution of the proportion of blue M&M's. You open a random packet and determine that there are 102 M&M's, of which 23 (22.5%) are blue. Repeated sampling with replacement from this original sample mimics what the population might look like. To take a resample, an M&M is randomly selected from the original sample, the color is recorded, and the M&M is put back into the sample. This is done 102 times (the size of the original sample) to complete a single resample. The following bar chart represents a single bootstrap sample taken from the original sample. 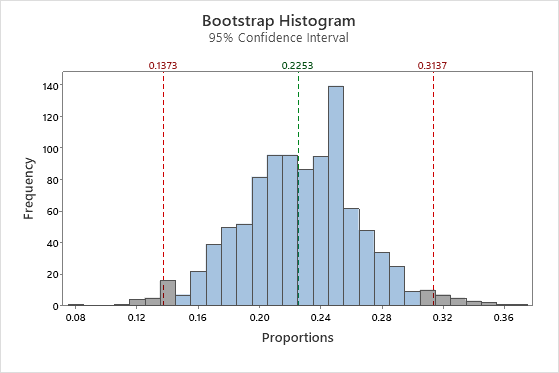 Bootstrapping and the central limit theorem

The central limit theorem is a fundamental theorem of probability and statistics. The theorem states that the distribution of

, which is the mean of a random sample from a population with finite variance, is approximately normally distributed when the sample size is large, regardless of the shape of the population's distribution. Bootstrapping can be used to easily understand how the central limit theorem works. Consider data that comes from an exponential distribution. 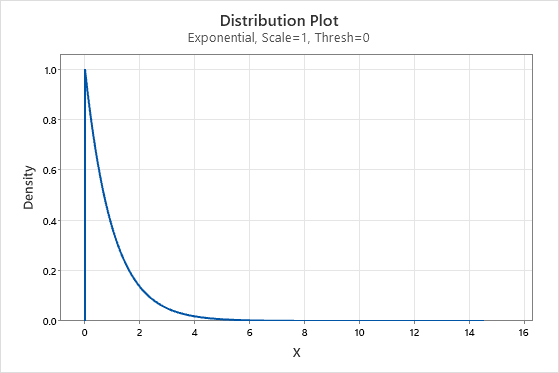 It is very obvious that the data are not normal. But now we'll take a sample of 50 observations and create a bootstrap distribution of the means of 10 resamples. 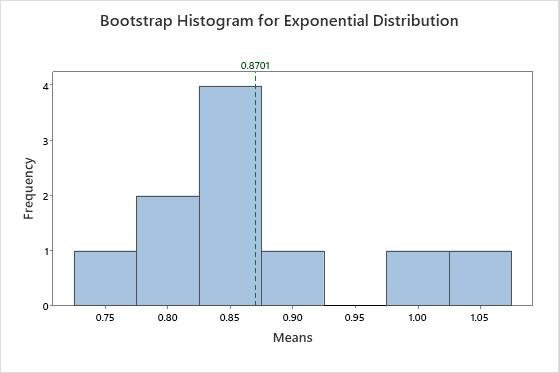 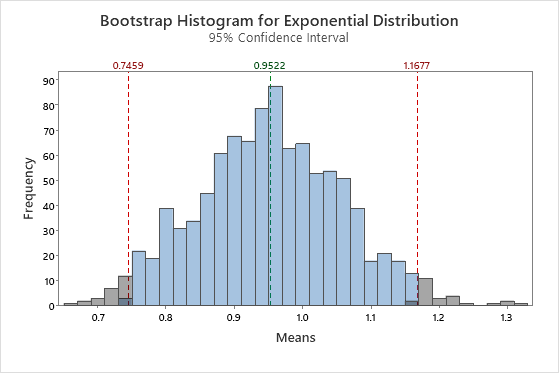