Specify the test, specify the significance level, and select the alternative hypothesis.

All of Minitab's outlier tests are designed to detect a single outlier in a sample. Usually, Grubbs' test works well. However, if a sample contains more than one potential outlier, then Grubbs' test and Dixon's Q ratio may not be effective. 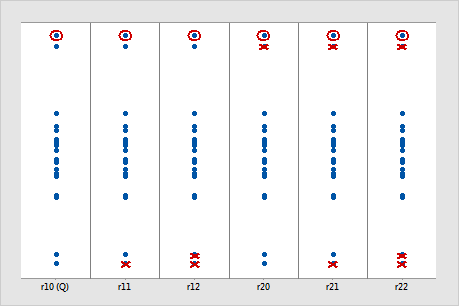 Larger samples from a normal population are more likely to include extreme values. Dixon proposed the following general guidelines for the ratios.

What do you want to determine? (Alternative hypothesis)

From What do you want to determine? (Alternative hypothesis), select one of the following alternative hypothesis tests:
Copyright © 2021 Minitab, LLC. All rights Reserved.
By using this site you agree to the use of cookies for analytics and personalized content.  Read our policy
OK