By default, Minitab displays the smallest tree with an R2 value that is within one standard error of the maximum R2 value.

Right-click the tree diagram to perform the following interactions:

The root node is the top node of the tree and is the only node that does not have parents. At each node, the data is split into 2 children, depending on the characteristics of the data. Nodes continue to split until the tree runs out of data to split. In other words, the terminal nodes cannot be split into further groupings.

When you validate the performance of the tree with a test data set, the tree diagram shows cases from the training data set.

Each node contains details on the mean, standard deviation, and count. 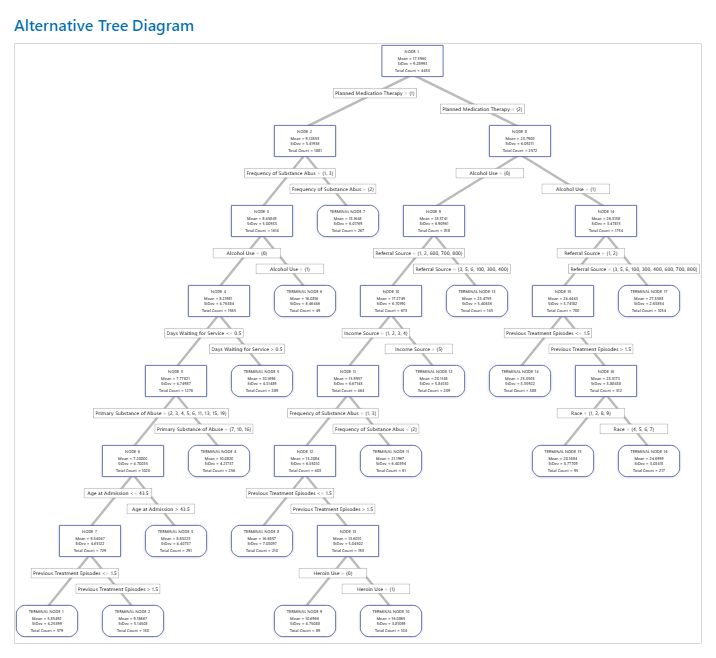