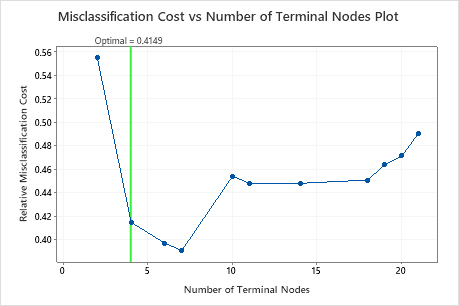 The 7-node tree has a misclassification cost that is less than the cost for the 4-node tree. Because the 7-node tree is similar in complexity, you can use the larger tree with its additional prediction accuracy to study the important variables and to make predictions. 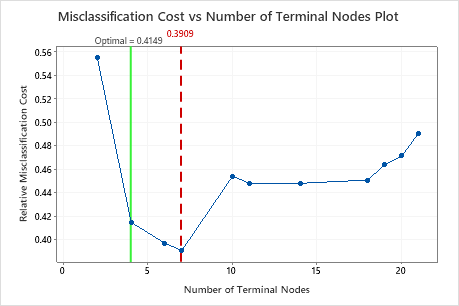 In addition to the criterion values for alternative trees, you can also compare the complexity of trees and the usefulness of different nodes. Consider the following examples of reasons that an analyst chooses a particular tree that does not sacrifice performance when compared to other trees:

Click Select an Alternative Tree in the output. A dialog box opens that shows the plot, a tree diagram, and a table that summarizes the tree or the selected node.

Investigate the tree and individual nodes

The tree provides the following interactions on the toolbar:

To reselect the entire tree, click anywhere in the diagram that is not an individual node.