Identifying an increase in process variability with Process Report

You add another 20 subgroups of size 5, and the ST standard deviation increases to 2.

The cumulative DPMO lines (on the bottom left plot) become fairly flat, but then exhibit upward slopes. The ST DPMO (dashed) line has a more pronounced upward slope than the LT DPMO (solid) line. The process changed, and an investigation can help determine the assignable cause. 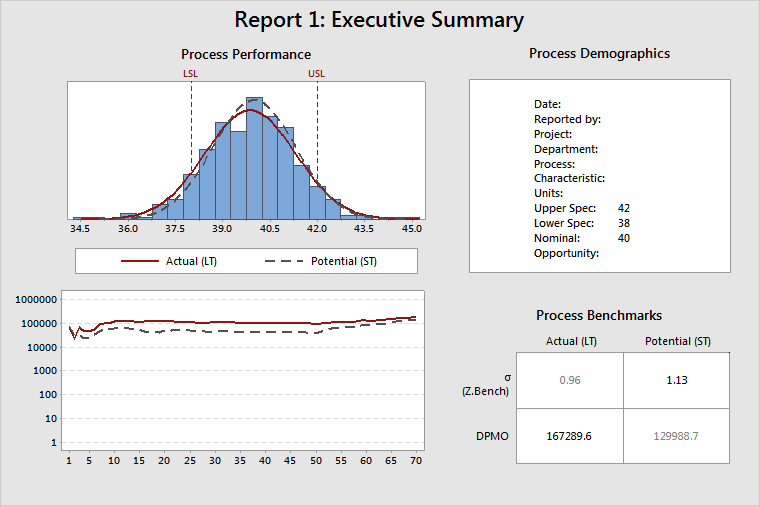 The ST standard deviation doubled from 1 to 2. That change is so dramatic that it actually dominates the decomposition of total process variability. That is, the SS Between component of variation becomes so small relative to the SS Within component that the SS LT and SS ST lines become almost parallel. 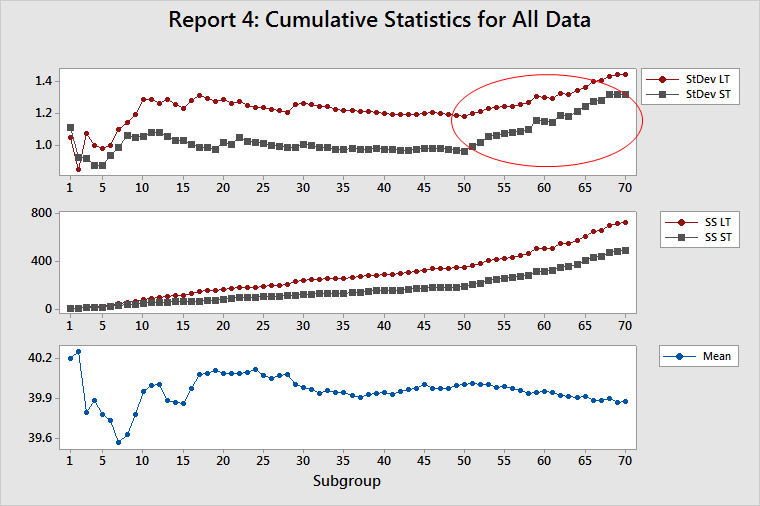 This report displays the effect that the increase in process variability has on the Z statistics.

This behavior occurs because the process reports are based on different processes. You need to determine which process you want to perform the analysis on: the one before the change or the one after the change. After you make that decision, collect data only from that process and rerun the analysis. If you use these reports to validate project improvements, do not include that data that was collected before the improvements. 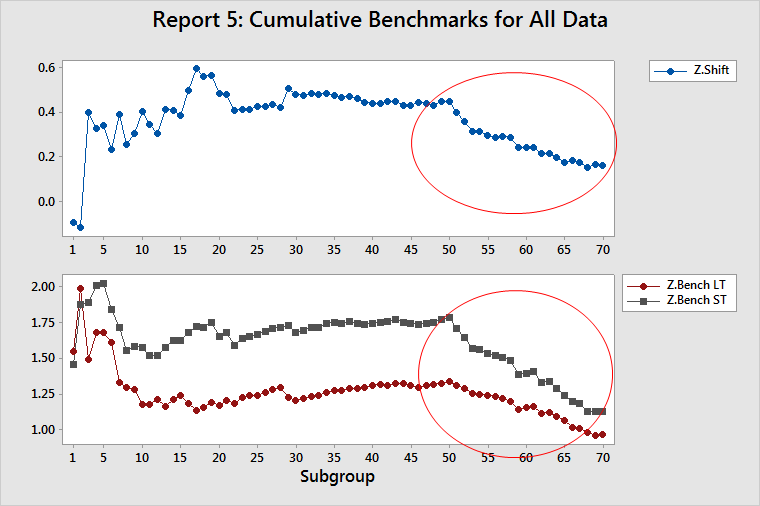