The West is the only region that recorded a confirmed case in the months of January and February. However, the number of infections exploded in the older population of the Northeast in March and April. The epidemiologist suspects that the lack of confirmed cases in January and February is due to limited testing. Additionally, the epidemiologist wants to determine what factors led to such a high number of cases in that region during that time period so they can use that information to limit the spread in other regions. 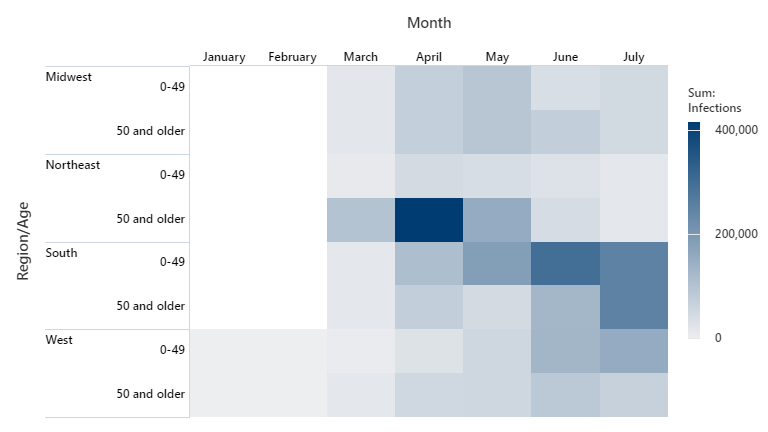